(Why People Are Freaking out!)

Let's look at these same events and see why people are concerned...

The UN plans to launch a brand new plan for managing the entire globe at the Sustainable Development Summit that it will be hosting from September 25th to September 27th. Posted below are the 17 sustainable development goals that are being proposed so far taken directly from the official UN website:

Here's the truth about the United Nations (links and videos):

THE NEW AMERICA: Agenda 21 and the U.N. One World Government plan

UN and the Lucifer Trust
266th Pope visits Obama on the 266th day of the year. 266 days is the amount of days of human conception until birth:
.Sabbatical cycle. In the Jewish calendar, counting from Creation, this was the year 3829, 68–69 CE on the secular calendar. By counting sevens from then, we see that the current year is the Shemittah, year 5775 after Creation, which runs from Sept. 25, 2014, through Sept. 13, 2015. The Jubilee year begins Sept. 14, 2015. This will mark the 70th Jubilee of the Nation of Israel.

As well as giving the people an opportunity to put their faith in G-d and see it fulfilled, the year-long abstention from farming also allowed them to collectively take a breather and focus on higher, more spiritual pursuits—as the people packed the synagogues and study halls. Even today, when the vast majority of Jews are not involved in the farming industry, the lessons of Shemittah are very germane. During this holy year we are expected to concentrate more on our spiritual mission in life, and a little less on our material pursuits. More on why we are needed, less on what we need. More on faith in G‑d, less on faith in our own talents and wiles. 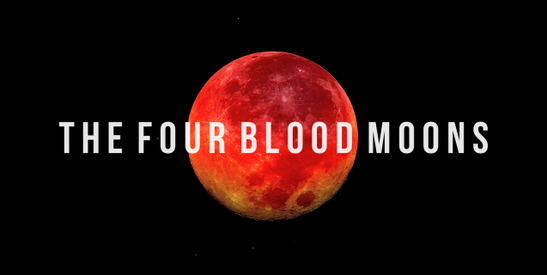 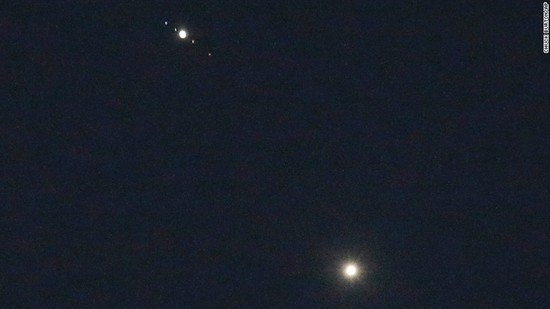 This article discusses the patterns of the stars around Jesus' birth, His death and 2015 activity and gets into the symbolism of the events:

Article using bible to determine/prove exactly when Jesus was born:

Leading Israeli Rabbi Says the Arrival of the Messiah is Imminent


Rabbi Chaim Kanievsky, a leading authority in mainstream Ultra-Orthodox Judaism, has been giving clear and unequivocal messages recently that the coming of the Messiah is imminent. He is urging Jews to make Aliyah as soon as possible. Aliyah, the Hebrew verb for “going up”, refers to immigrating to Israel, which is seen as higher spiritual action that can help herald in the coming of the Messiah. The Rabbi told him that he should not leave Israel because the Messiah would be arriving very soon. The teacher responded that he had 700 students waiting for him in Lakewood. Rabbi Kanievsky told him that he must bring all of the students to Israel. Upon his arrival in Lakewood, the story spread quickly, creating quite an impression on the students who all revere Rabbi Kanievsky. After a lifetime of immersing himself in classical Jewish texts, Rabbi Kanievsky’s study partner informed various media sites that the Rabbi is talking about the messiah “all the time.” Since last summer’s war in Gaza, the Rabbi has been spreading this message of imminent return. In one instance, Rabbi Kanievsky instructed a Jew from Argentina who asked for a blessing that he should “gather your family and come to Israel.  Otherwise, there won’t be enough room for you on the airplanes.” When asked about the timing of the Messiah’s arrival, Rabbi Kanievsky answered, “At the end of the Sabbatical year.” Several people have asked the Rabbi to verify this and he has given the same answer each time. This year is the Sabbatical year and it will be ending on the 29th day of Elul, which, by the Gregorian calendar falls on Saturday, September 12, 2015.

Based on numerical analysis of the Quran and Hadith, the official beginning of the End of Time and the coming of the Imam Mahdi will most likely be in 2015 (or 2016)  and Jesus Christ (p) will come down from Heaven to Earth in 2022, in-sha Allah (if Allah is willing). All events may be witnessed before the official beginning of the End of Time  are NOT  part of the official End Times events. In Islam, Muslims expect at least 3 important individuals to appear, before the Day of Judgment, in following order: (a) Al-Mahdi, (b) The Dajjal (Anti-Christ), (c) Jesus Christ (p). Two of them are good men: (a) Sunni Muslims' Mahdi (b) Jesus Christ (p) (the Messiah). The third man is the Dajjal (Anti-Christ) will certainly be an evil man. The Dajjal means the Deceiver. There might be two evil persons appearing in the End Times, one in 2015 (or 2016) and one in 2022.

The minor signs generally speaking are expected to occur before the major signs start. Most of the Minor Signs have been fulfilled. The remaining few Minor Signs which have not been fulfilled yet include Major Earthquakes, Famines, Asteroids, and Epidemic diseases; Euphrates River will uncover a mountain of gold (meaning something very valuable); The return of the land of Arabs (Arabian Peninsula) to being green pastures and rivers, instead of its current condition as a desert; Lake of Tiberias in Palestine (also known as Sea of Galilee) will dry up.

The major signs of the Day of Resurrection are the Smoke, the Dajjal (Anti-Christ), the Daabba, the Rising of the Sun from the West, the Descent of Jesus Son of Mary عليه السلام (from Heaven), the emergence of Ya'juj and Ma'juj (Gog & MaGog), and Khusuf  (Land Collapse) will occur in three places: one in the East, one in the West and one in Arabian Peninsula. At the end, a Fire would burn forth from Yemen (or from Aden according to Ahmad), which would drive people to the place of their final assembly (before they get resurrected by God)."

In proclaiming an International Year focusing on the topic of light science and its applications, the UN has recognized the importance of raising global awareness about how light-based technologies promote sustainable development and provide solutions to global challenges in energy, education, agriculture and health. Light plays a vital role in our daily lives and is an imperative cross-cutting discipline of science in the 21st century. It has revolutionized medicine, opened up international communication via the Internet, and continues to be central to linking cultural, economic and political aspects of the global society.

IYL 2015 programs will promote improved public and political understanding of the central role of light in the modern world while also celebrating noteworthy anniversaries in 2015—from the first studies of optics 1,000 years ago to discoveries in optical communications that power the Internet today.

"An International Year of Light is a tremendous opportunity to ensure that international policymakers and stakeholders are made aware of the problem-solving potential of light technology. We now have a unique opportunity to raise global awareness of this."


Source: http://www.light2015.org/Home/About.html
Video explaining a bit more about CERN:
Explanation of CERN symbolism:
In light of the Shiva explanation, this is unsettling...
Here's an excellent video on CERN and Time. It's my favorite video of all because I think it sums up EVERYTHING, including things non-CERN. It does gets a bit deep, particularly regarding the science in the beginning, so play close attention (or rewind and listen again!):
Explanation of CERN "Symmetry" short film:
"This overall training exercise is designed to ensure that Army special operations forces are trained, equipped and organized to meet future threats," Lastoria told Army Times. "Even a lot of the journalists in Texas have said a lot of the controversy has died down."

About four to five members of the Texas State Guard will act as a liaison for citizens and coordinate with the Army from Camp Mabry, headquarters of Texas Military Forces, according to the governor's office. A spokesman said the state should have no reason to worry or distrust the military, and said most communications between the Texas State Guard and constituents have dealt with simple logistics.

Lastoria said the biggest inconvenience to residents will be noise from military vehicles passing through. Most activities will occur in remote settings, and any use of private land has been coordinated and agreed to in advance, he said.

Fabius was referring to the next big United Nations climate conference, scheduled to open in Paris, France in November 2015, or in 565 days’ time. (There will actually be a U.N. climate conference held before Paris – in Lima, Peru at the end of this year – but the world body views that more as a stepping stone to the 2015 meeting.) The organizers have high hopes for the Paris event known in U.N. jargon as the 21st conference of the parties (COP21) – the parties being the signatories to the 1992 U.N. Framework Convention on Climate Change and the 1997 Kyoto Protocol. “By the end of the meeting, for the first time in over 20 years of U.N. negotiations, all the nations of the world, including the biggest emitters of greenhouse gases, will be bound by a universal agreement on climate,” the French foreign ministry said around the time it offered to host the conference.

Invited to respond Tuesday to Fabius’ 500-day warning, White House press secretary Jay Carney pointed to the National Climate Assessment released last week which, he said, “made clear in the view of the science that climate change is upon us and the effects and impacts of climate change are being felt today.  We’ve laid out a comprehensive strategy aimed at helping communities around the country prepare for the effects of climate change, as well as a strategy to reduce our carbon pollution, enhance our energy independence, and address climate change in the future to try to mitigate future impacts,” Carney said. “There’s no question that this is a global effort that has to be undertaken because of the nature of carbon emissions around the world.”

The Paris climate conference will be held from November 30 to December 11, 2015.

The Burning Man festival parallels Tomorrowland so I won't go further into that. I do want to point out that there is a Tomorrowland movie that was put out by Disney summer 2015 (of course). I don't think this was a coincidence. Tomorrowland all about enforcing the concept of a perfect and peaceful future. A future that will never come to be. So, the movie is along the same lines:

translation," she says. "I think there are various ways of translation. It really depends on the context." Some Chinese words are vague and not as specific as English words, so yang could refer to a goat, sheep or even a ram. But in ancient times, Zuo says, that Chinese character meant goat. "I think goat is more commonly seen by people in China, both in the north and south," she says. Not in Korea, though, according to Sang-Seok Yoon, a Korean language instructor at the University of Iowa. "China is big and there are many different types of one animal, but Korea is small and the most prototypical image of yang for Korean people is sheep," he says. The correct way to describe this Vietnamese New Year is the year of the goat — or mùi in Vietnamese, according to James Lap, who teaches the language at Columbia University. "In Vietnam, there is no sheep or ram at all because the weather is so hot," Lap says. Some cultures go beyond the goat-sheep divide and assign a gender to a zodiac animal. In Tibetan culture, this is the year of the female wood sheep, according to Tsering Shakya, who teaches Tibetan literature at the University of British Columbia. "A female year tends to be much more sort of peaceful than say male," he says. "Male is aggressive, and female will be more calm. When sheep eat grass, they leave the roots there," he explains. "But when the goats eat them, they just take everything, so next year, there'll be like no more grass."

Actually, since creating this page, many other events have surfaced which are happening in September. This short video (10 mins long) covers 33 total events:
OK so what does this all mean? Click here to